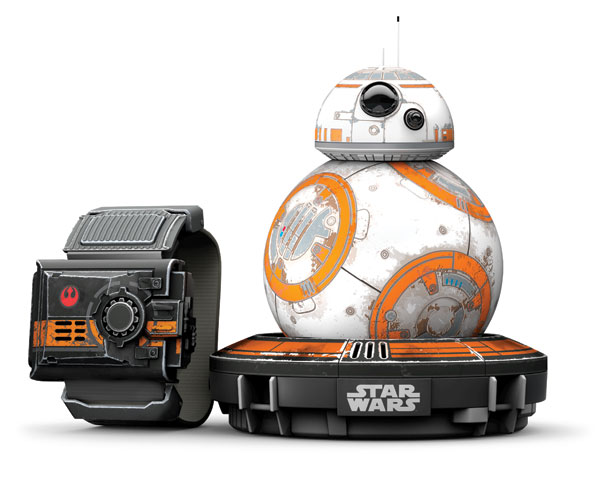 With both my kids, transitioning from pureed baby food to regular table food was a battle of intergalactic proportions. Call it a Rebellion or a Resistance – they weren’t having any of it.

My older son (let’s call him Rogue One) seemed to object entirely to the simple act of chewing. Four years later, the saga of feeding his younger brother – my own personal Episode II, Attack of the Clones – was equally doomed.

Both of them adamantly rejected anything that didn’t have the consistency of applesauce. Any cut-up pieces of food I presented were received with a reception so chilly, I thought I’d entered the Hoth system.

I grew weary of buying jars with smiling babies on them. Why did my toddlers find real food so repulsive? Was it the texture? You never hear Wookiees complaining that something is too Chewie. My oldest would scrunch up his face as if he was the Emperor and I had offended his Palpatine palette. My youngest once looked at me serenely and said: “I don’t need to have chicken if I don’t.” What kind of philosophical Jedi mumbo-jumbo was this?

I tried to be positive, showering them with praise any time they took a nibble of anything, but that backfired quicker than a starship without a hyperdrive. As Yoda would say: highly frustrating, it was. My blood boiled as I retrieved mashed-up bits of food from the crevices of the high chair. I gritted my teeth as I made the walk of shame to the sink to dispose of the now-unrecognizable food that I had so optimistically prepared.

Forget the Millennium Falcon; I felt like a Millennium Failure. I seethed inside with disappointment and rage worthy of a Kylo Ren audition. (In one of his memorable scenes, Kylo receives unwelcome news and proceeds to angrily slash away at a control-room wall with his red lightsaber. If I’d owned a similar device, I shudder at what might have become of my kitchen cabinets.)

Over time, though, A New Hope did emerge. In the case of my youngest, the eventual hero was not Rey, Finn or Poe Dameron. It was Aunt Jemima. We introduced French toast and showed him how to poke it with his fork and dip it in maple syrup. He actually BB-8 it, and it didn’t take long for him to be doing it Solo. Soon enough, spaghetti and meatballs were added to his (very) short list of go-to foods. Just my luck that he decided to embrace two of the messiest and stickiest dishes on the planet. Well played, my young apprentice.

Any time he lifted a forkful of actual food to his mouth, I felt irrepressible glee, but I forced my face into an impassive Darth Vader mask. I acted instead like this happened all the time – after all, nothing shocks a Sith. “You ate some burger? Ho hum. The Death Star blew up? Whatever.” Ironically, this Luke-warm response seemed to work. My own built-up tension was apparently The Phantom Menace that had been impeding our progress.

So, to all the parents of reluctant eaters out there, try to keep things light and avoid any Dark Side dishes. Good luck – and may the Forks be with you.

Alexis Williams*, a registered dietitian and mom of two children under three in Burlington, Ont., shares these tips about introducing table foods: