Quiz: What colour is your parenting medal? 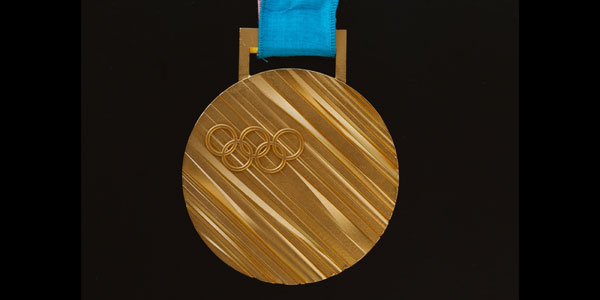 Olympic athletes have to keep their cool and perform their best when the pressure is on. How well do you keep your composure in typical parenting situations? Take our quiz to find out.

1. It’s 3:00 am, and despite your best efforts, your fussy infant refuses to sleep. Your dominant thought is:

2. You’re in the middle of the mall, and your toddler is having a screaming fit. What happens next?

A) You move your child to a quieter space, realizing you’ve officially arrived to “the terrible twos.”
B) Your cheeks flush pink with embarrassment and you look around, hoping that no one you know is walking by.
C) Your whole body tenses up. If you were a cartoon character, smoke would be coming out of your ears.

3. Prior to an outing, your preschooler refuses to put on the shirt you’ve chosen, which was given to him by the people you’ll be visiting. You:

A) Decide it’s not worth the battle and put the shirt in your bag, to try again later.
B) Get into a long discussion about the shirt, putting you at risk of being late.
C) Angrily insist that he wear it, leaving both of you miserable.

4. You’re trying to respond to an important message on your mobile device, but your school-aged kids continually interrupt you with their bickering and tattling. Your next step is to:

A) Set your phone aside to mediate their argument calmly and swiftly.
B) Continue with your task and vaguely say “mm-hmm” in response to the kids’ requests.
C) Snap back that you are busy, and instruct the kids to figure things out for themselves.

5. It’s Monday morning, you’re running late, and your kindergartener is being extra slow putting on his winter outerwear. You:

A) Sigh inwardly and move the various clothing items closer to him to hopefully speed up the process.
B) Vow to let him develop his independence next time as you start buttoning and zipping for him.
C) Bark at him using phrases like “hustle,” “get a move on,” and “let’s go already!”

6. Two kids on a shared iPad are squabbling over whose turn it is, what game should be played, and so on. You say:

A) “Obviously that’s enough screen time for now – please hand over the iPad,” in a matter-of-fact tone.
B) “You guys need to sort it out or I’m taking it away,” in a warning tone.
C) “Why can’t you two ever get along? If you can’t share it, nobody gets it,” in an angry tone.

7. At morning drop-off, you realize it’s Pyjama Day in your daughter’s class and you’ve forgotten. Since you don’t have time to return home for the pyjamas, you:

A) Sincerely apologize and explain that you’ll have your own special Pyjama Day at home on the weekend.
B) Feel like a failure as you try to reassure her that there will be other Pyjama Days.
C) Get defensive and start listing the reasons why you can’t go back for the pyjamas.

If you chose mostly As = Gold Standard: You have so much patience, it’s almost too good to be true. Do you have ice in your veins or something?

If you chose mostly Bs = Silver Lining: A solid performance. You’re keeping things together on the outside, although you’re starting to question your abilities on the inside. Coach yourself to trust your instincts more.

If you chose mostly Cs = Bronze Bust: We’re sure you’re trying your best, but there’s a sense that things could explode at any moment. For everyone’s sake, maybe try taking a deep breath (or five) next time you feel you’re about to lose it.