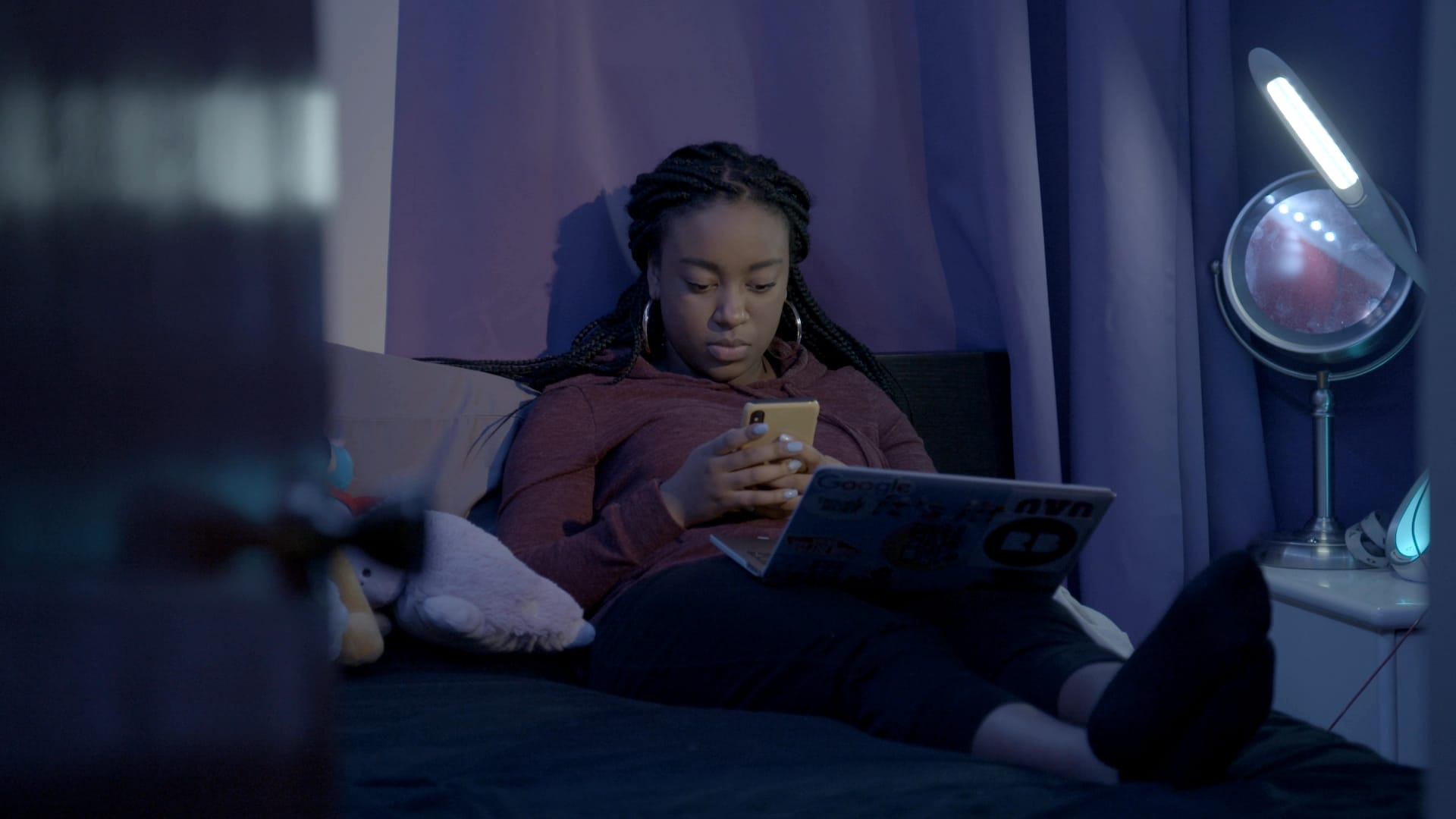 Kids vs. Screens: A New Documentary from CBC’s The Nature of Things

Our kids spend a lot of time glued to their screens. According to non-profit Common Sense Media, children aged 8 to 12 spend an average of five hours a day on screens, not including school—and that was before the pandemic. Since lockdown in March, screen time has skyrocketed.

With so many Canadians working from home, it’s not surprising that parents rely on “digital babysitters”—tablets, smartphones, laptops, video game consoles—to keep the kids occupied while they’re in a Zoom meeting or trying to get dinner on the table.

“Guilty,” admits Dr. Michael Cheng, a child psychiatrist at Children’s Hospital of Eastern Ontario, who normally enforces strict screen time limits for his own two children. “When the kids are getting out of control, it’s tempting to put on that screen.”

But are video games and social media really an “addiction?” What is the impact of screen time on children’s development and mental health? And what can parents do about it?

That’s what biologist and father of three Dan Riskin sets out to discover in a new Canadian documentary, Kids vs. Screens, which debuts Friday November 13 on CBC’s science program The Nature of Things. “I need answers, and I need advice,” says Riskin. “Guest hosting The Nature of Things was a great opportunity to learn how to manage screen time in my own family.”

While filming earlier this year, Riskin met with leading child health experts who are studying the impact of screen time. Sheri Madigan is a psychologist who specializes in early child development at the University of Calgary. Her research demonstrates that excessive screen time can lead to developmental delays in preschoolers.

It’s not just about what kids are doing on screens, explains Professor Madigan. “We’re concerned about what they’re missing.” Young children learn best through real life interaction with caregivers—and that doesn’t happen on a screen.

Michael Cheng wants parents to be aware of the risks associated with excessive screen time.  Visits to the ER for mental health issues at his Ottawa hospital have soared over the last decade, and while many factors contribute to depression and anxiety, he is convinced there’s a link to our kids’ obsession with addictive technology.

If screen time is a cause of family conflict at your house, the experts in Kids vs. Screens have some suggestions:

To learn more about Kids vs. Screens or for more helpful tips for parents, go to https://www.cbc.ca/natureofthings/episodes/kids-vs-screens.