While there’s definitely a time to schlep kids around packed theme parks (enter that famous mouse), some trips call for less busy beaches and cities where families can take in the sights, take a load off and avoid the masses. We know you need a break. We picked six spots where you can ditch the droves.

Love chilling on the beach?

These lesser-visited of the ABC islands (Aruba is the busiest of the three), Bonaire and Curacao are just north of Venezuela (so they’re clear of hurricane paths) and are part of the Netherlands known as the Dutch Antilles. You’ll find turquoise waters, white beaches and stunning spots, like Bonaire’s Gotomeer (a salt-water lagoon surrounded by lush mountains and a pink flamingo colony) and Curacao’s Shete Boka Park (full of multiple coves where sea turtles lay their eggs). 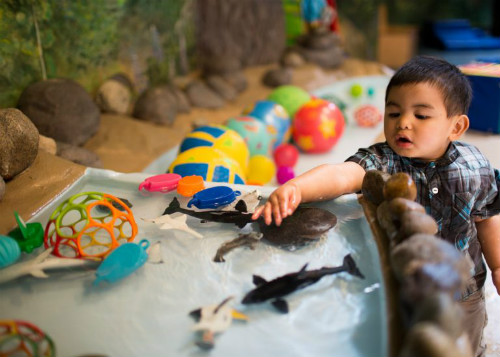 You won’t find the crazy hustle and bustle of Manhattan or Los Angeles here. Take the kids up the iconic Space Needle, the Seattle Children’s Museum and Pike Place Market, where you can get some shopping in (check out more than 200 local artisans), watch the famous “fish tossers” and grab a cuppa in the very first Starbucks.

Insider tip: Buy CityPasses for your crew ($117 for adults, $91 for kids) for admission to the Space Needle, Seattle Aquarium, a harbour tour, the Museum of Pop Culture or Woodland Park Zoo, and Chihuly Garden or the Pacific Science Centre. 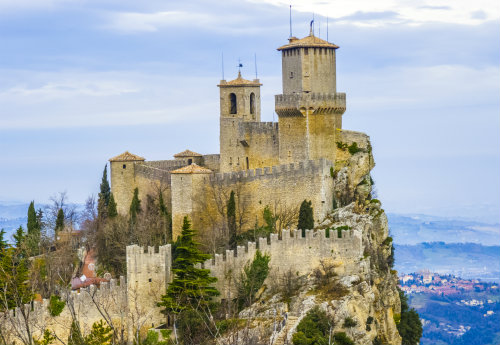 The fifth smallest country in the world and one of the oldest, San Marino is hands down one of the most picturesque places you can visit. It’s an easy day trip from more populated areas in Italy (Florence and Bologna) and the perfect spot if you have tweens and teens who are history buffs (its home to more than one UNESCO world heritage site), or little ones who love pretending they’re royalty (wait until they see the castles). Don’t miss the very cool tradition of the changing of the guard (April to September) at the Palazzo Pubblico. And FYI, no trip is complete without trying the torta tre monti, a.k.a. chocolate and hazelnut layer cake. Mmm. 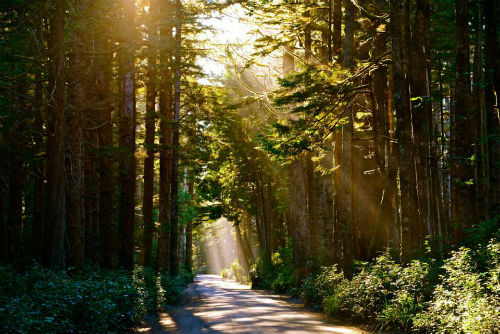 We promise you’ve never seen anything like Haida Gwaii, and you’ll feel like you’re in another part of the world when you visit the “Canadian Galapagos.” A two-hour flight from Vancouver, Haida Gwaii forms a group of 450 islands 80 kilometres west of BC’s coast. Here you’ll find lush rainforests filled with some of the tallest cedars and spruce trees on the planet, as well as an impressive list of fauna (bald eagles, the Queen Charlotte black bear and animal subspecies that you won’t find anywhere eles). Hit the shore and your family might catch a glimpse of the 20 kinds of whales (including humpback and orca) and dolphins frolicking. Apparently there are islands that only allow a dozen visitors at a time, so do your research before you book.

LOVE ALL-INCLUSIVES WITH CHARACTERS FOR THE LITTLES?

Beaches is a huge resort but it feels intimate on this small island that doesn’t get the same traffic as some of the more popular locations in the Caribbean. You can choose to stay in one of four themed villages—Italian, French, Caribbean and Key West—each suite has its own distinct architecture and ambience. There’s no shortage of activities that suit all kids from tots to teens—the wee ones will get a kick out of the Sesame Street characters, story time with Elmo, cookie baking with Cookie Monster and Camp Sesame (for the baby to four-year-old set). Expect school-agers, tweens and teens to spend endless hours in the Kids camp or the massive waterpark (the largest in the area), complete with surf simulator, waterslides galore and a relaxing lazy river. When they’re tired of the sun, no sweat—the teen disco (Club Liquid) and the Xbox Play Lounge are great indoor-fun picks. Once you get the kids settled, do some scuba diving, get a mani at the spa or crack open your book on a beach chair oceanside.