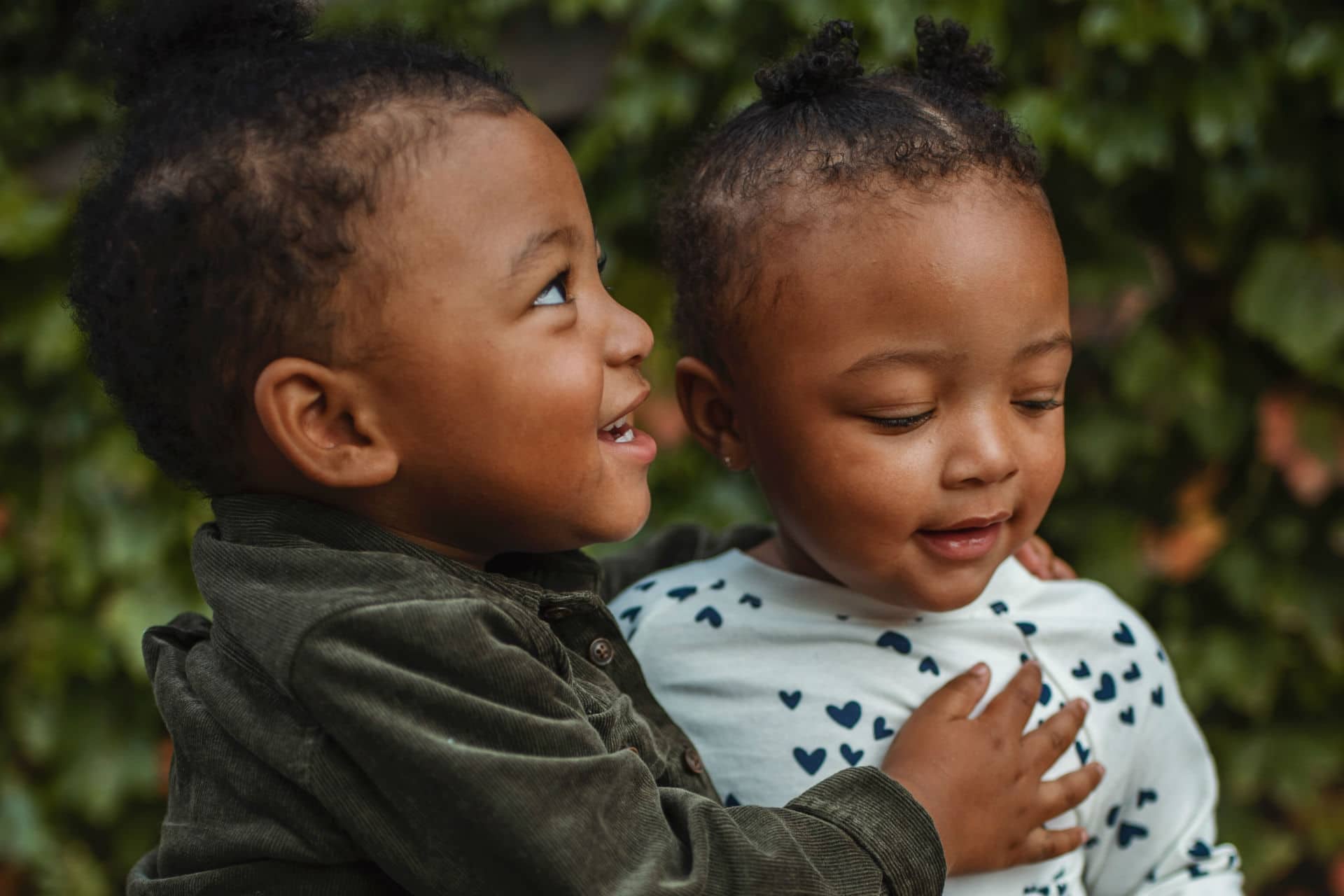 Is parenting harder than ever before? Experts say yes

When a couple has a child, standard practice is to hit the ground running as if the delivery room doctor handed them a baton and said: “On your mark, get set, parent!”

Fast-forward a few years and parents exclaim how rewarding-life-changing-enjoyable parenting is. In the same breath, they tell you it is also exhausting-stressful and the biggest challenge of their lives. The brutally honest ones will lower their voices to a hushed whisper and confess that as much as they love their kids, they were blind-sided by how much work it entails.

Parenting has never been easy, but is it getting harder? The expert opinion is yes.

The pace and demands of modern life, high standards of perfectionist parenting and mounting workplace pressure are part of the problem. Combine this with longer work hours that spill over into private lives thanks to technology, lack of affordable child care and policies that are unfriendly to families, and it’s no wonder family work/life balance is leaning toward chaos.

“There are higher expectations associated with both work and parenting, so being a good mother today involves a lot more time spent with your child than before and being a good employee also involves more time,” says Glenda Wall, associate professor of sociology at Wilfrid Laurier University. “Workplaces are not designed for dual-income families where both parents have parenting responsibilities,” she says.

Rather than workplaces and government adapting to the changing needs over a 30-plus-year period, families have born the burden of trying to keep all the balls in the air. The response to overload has been to continue to raise children traditionally while managing increasingly demanding schedules.

“All the discussion around work-family balance has come to be focused on ways to cut back on work and spend more time with your family. We have not caught up to the reality of dual-income families that dominate our society,” Glenda says.

Parents must choose between daycare (which in the 1980s was seen as perfectly acceptable but is now often looked down at as outsourcing the job of raising children), or down-shift to part-time work, consider a career change, or become stay-at-home moms, or increasingly, dads. Regardless of what parents decide to do, they shouldn’t have to accommodate a flawed system. Especially when having healthy children provides a service to society, says Glenda.

What’s worse, divide-and-conquer mommy wars have turned what could be a supportive environment into a competitive sport, which deflects from the real issue: society has left families behind.

“You wonder if there isn’t a bit of a backlash around mothers returning to work. As a society we say it’s acceptable, but it’s sort of been ratcheted up on the side of ‘What are you doing for your child lately in addition to working?’ Women are feeling this huge burden around that,” says Wendy Hall, professor in the School of Nursing at the University of British Columbia and specialist in paediatric behavioural sleep patterns.

We work overtime at our jobs and as parents and attempt to raise children according to the values we were brought up with – home-cooked dinners, bedtime stories, homework support—the guilt-inducing defeat we feel, or that is projected onto us, is actually our system failing us.

Anne-Marie Slaughter made headlines two years ago when her story “Why Women Still Can’t Have It All” appeared in The Atlantic. In it, she admitted she was relieved her two-year term at the U.S. State Department was up, because her teenage son was struggling in school and she wanted – needed – to be more available to him. When Marissa Mayer was appointed the COO of Yahoo!, The Economist speculated how she would manage the job when she was expecting her first child at age 37. Mayer’s plan to not take a maternity leave raised even more eyebrows.

The baffling question is why society hasn’t made a better attempt to adapt to working mothers when 70 percent of families are dual-income and two-thirds of women with children under three are in the workforce. Surely, when working mothers are the statistical majority and cultural norm, the recurring theme of women having to drop out of the workforce or suffer career setbacks should have been addressed by now.

Another cultural phenomenon making it harder for parents is—paradoxically—the child development community. Though research into children’s health and development is critically important, it has also put parents under enormous pressure to parent the “right” way, setting the stage for people to silently judge or openly challenge them, says Andrea O’Reilly, women’s studies professor at York University in Toronto.

“We are really professionalizing the work of raising children. In some ways, this could be a positive thing because it may give more respect to mothering but I think the bad sides, if you will, outweigh the potential benefits,” Andrea says.

Wendy says that when experts offer conflicting information and advice about parenting, parents can begin to doubt their own skills and lose confidence in their abilities. They follow experts’ recommendations to ensure the optimal health and safety of their child, not because it feels natural but because they feel they should.

“Health care professionals say, ‘The first few years of life are critical, babies need lots and lots of stimulation, they needs lots of opportunities to develop their skills and abilities’ and while that’s true, it’s kind of like we overdid that message,” she says about the loss of downtime and increase in structured activities that is running many parents and children ragged.

The result is that parents are internalizing the fight for their own sanity and well-adjusted life of their children, blaming themselves for the frenzied, unjust circumstances they’re in.

But There Is Good News

The situation is not out of our immediate control. There might not be a way to go back to good old-fashioned do-nothing Sundays and sitting down to daily breakfasts as a family, or taking the kids out in public without the judging gaze of others, but there are several ways to lessen the parenting load. Over time, these philosophical shifts could help your family function better as a whole:

Change The Way We Treat Kids

By treating children as vulnerable, passive people who are unable to make decisions or do things by themselves, parents end up doing more work. If we see them as capable of doing things for themselves, we don’t have to parent as much, Glenda says. Partners need to get on the same page with this approach to fostering skill building and independence.

The culture of fear is influencing the way we parent, despite the world being a lot less dangerous than it was 30 years ago. Overprotecting children has postponed adulthood some five to 10 years, putting a huge burden on parents because they are still parenting when their kids are in university or college.

Start when they are young. If a child asks to walk to the corner store a kilometre away and you think this is unsafe, work up to it. Let them walk to the neighbour’s house down the street one day, then to another neighbour, and then, if nothing has gone wrong, to the store, Andrea says. There will always be risks but kids won’t learn if they don’t mess up. What’s more, when kids who live risk-free lives are finally left to their own devices as young adults, the mistakes they make are big ones that are sometimes hard to fix.

“With intensive parenting, we’ve taken away a lot of kids’ autonomy,” says Andrea. “We’re micromanaging them and coddling them and pampering them. We’ve not let children go through the natural progression of growing up. I think it’s a huge loss to children. They’ve lost their childhood in some ways because they’re so micromanaged but then they also never become adults.” Andrea argues that so-called helicopter parenting is far more time-consuming and expensive than simply being an engaged parent because children aren’t allowed to do things on their own. Many parents’ perfectionist ideals have gotten in the way of their ability to step back and watch their child develop from a healthy distance.

It’s easy to fall into the helicopter parenting trap because no parent wants their kid to be behind the bell curve for things like learning how to walk, talk or go to the bathroom by themselves. Andrea recalls getting an email from an anxious mother whose child was not catching on to potty training. She replied: “Show me one adult who is not potty trained. Relax, it’s going to happen.”

Parents can gain a better hold on their lives by lessening the focus on stimulation. Some children are out three or four evenings a week doing activities. For many families, this is too much. “They have to be out at the gym or the pool or at play groups or whatever and we’ve lost any sense of rhythm to the day around that,” Wendy says. “We’ve created a situation where in an effort to achieve in some areas that have been really emphasized we’ve lost the plot in some other areas.”

Kids are constantly on the go and with all the emphasis on doing they don’t learn how to simply be. As a result, parents teach them to value being constantly busy and they don’t have the tools to unwind without becoming bored or restless. Wendy says that this perpetual hustle and bustle of after school clubs and courses make it harder for kids to get a good night’s sleep, which can lead to under-performing in school.

All three experts agreed that we need to move away from the individualized living that has become our cultural standard. We don’t live in communities as much as we once did: technology has isolated us, extended family networks are disappearing, and neighbourhoods are more diverse with families often living in areas where there are no other children. Building a sense of community is difficult, Andrea says, because there is very little public space left. Kids are chauffeured to school instead of riding the bus, walking or taking public transportation; houses don’t have front porches and kids no longer play in the front yard or the street, but instead in fenced-in backyards where they are “safe.” Andrea advises to ditch the one-on-one play dates and instead go to the park where many kids can play with each other and moms can have a half-hour break.

Overall, the best thing to do, each counselled, is to stand up for what you believe in – both at work and in your personal life. Otherwise, much-needed change will not be forthcoming and parenthood pressure will continue to mount. “You have to desensitize yourself to the criticism you’re going to get. Mothers are going to be criticized no matter what they do, so do what you want to do. It’s better to be criticized for what you believe,” says Andrea, even when that means bucking the trend.

Read more:
How Couples Can Thrive After Having Kids
Let’s Talk About Parental Anxiety (And How To Help Curb It)