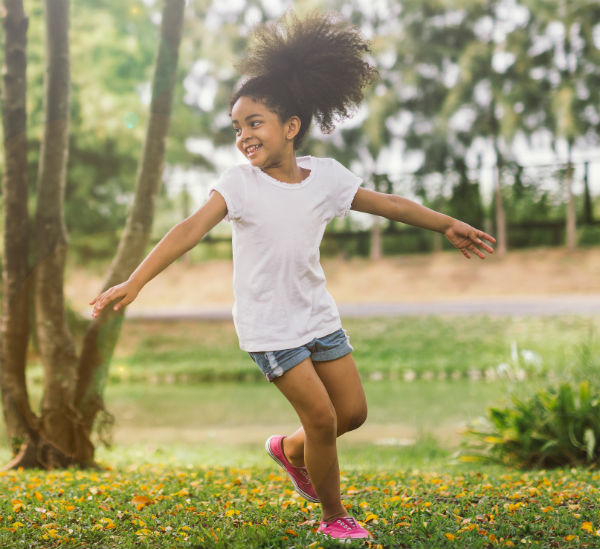 A lot of parents find it difficult to fit exercise into their busy schedules, but news flash: You don’t need to take up running or join a gym to get moving. Just take the kids outside instead! Playing in the backyard or taking a trip to the park have serious potential for getting your heart rate up. Consider this twist on rock-paper-scissors, for starters.

1. Divide players into teams. Each team goes to opposite ends of an open area and decides together whether to act out rock (crouch down into a ball), paper (lie flat on the ground) or scissors (do a single jumping jack).

2. On the count of three, the teams run toward each other and do their actions. Rock beats scissors, scissors beat paper and paper beats rock.

3. Play best three out of five, or four out of seven, and then switch up the teams and play again. You can also play round-robin style, one-on-one. Before you know it, you’ll have run across your yard or the park up to 14 times!