How to talk about car-seat safety 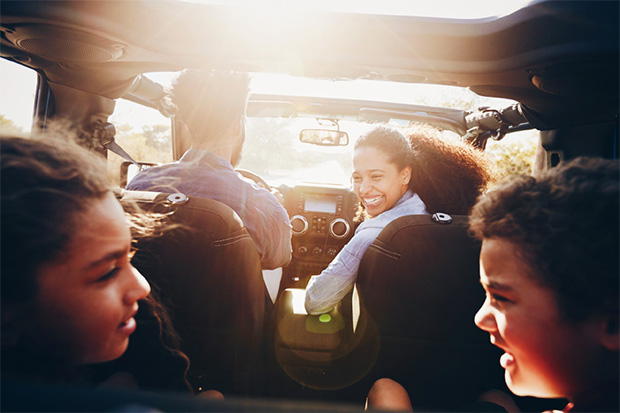 Both Krista Donaldson and her son, Graydon, car rides can get bumpy. While Graydon is 10 years old, he has a smaller frame than other kids his age. At just 60 pounds, he is too light to be out of his booster seat, according to the safety regulations. The thing is, “none of his friends use a booster seat anymore,” says Donaldson. “So he is embarrassed about it and tries to hide it when we pick up any of his friends.” And, while Donaldson is strict to enforce the rules, the debate can get heated between the Mom and son.

Car safety can most certainly be a point of contention, especially when kids feel they are too old to sit in what they feel is a baby seat. Experts agree that progressing them out of their seat or letting them sit in the passenger side too early can be dangerous. If your child is fighting back to ditch the booster and sit upfront prematurely, you’re going to need to put on the brakes. Here’s how.

According to Safe Kids Worldwide, a nonprofit organization working to help families keep kids safe from injuries, booster seats can reduce the risk of serious injury by 45 percent, compared to seatbelts alone. Plus, Transport Canada says proper use of child restraints can reduce the likelihood of death by 71 percent and injury by 67 percent. While many children ages eight to 12 might argue they’re too old for a booster (and they’re bound to have pals who don’t use one), kids should stay in one until they’re at least 4’9” and weight 80 to 100 pounds.

“Children should stay in the booster until they outgrow it by height or weight and can pass the safety belt fit test. Seatbelts fit by size not age,” says Lorrie Walker, training and technical advisor for Safe Kids Buckle Up.

According to safekids.org, to determine if the seatbelt is sitting where it should be for maximum safety, your child’s knees should bend at the edge of the seat when his or her back and bottom are against the seat back; the vehicle lap belt should fit across the upper thighs; and the shoulder belt should fit across the shoulder and chest (not lie by the neck). “Many kids move prematurely to just the seatbelt and are at risk for serious internal injuries in a crash.” Kids also need to remain backseat drivers until they’re at least 13 years old—the airbag can impact the face, neck and chest.

Because your kids listen to, well, everything, and are bound to hear about car wrecks and deadly collisions on the news, there’s no way to escape it. It’s important to explain road safety in a way that hits home but doesn’t completely frighten. “Let them know that they will eventually transition and move through the car,” says Dr. Richard Stanwick, chair of the Injury Prevention Committee at the Canadian Pediatric Society. “At some point they will move out of their booster and just use a seatbelt. And they’ll be able to sit in the front seat and even drive the car. But, for now, this is what they have to do.” Safety first.