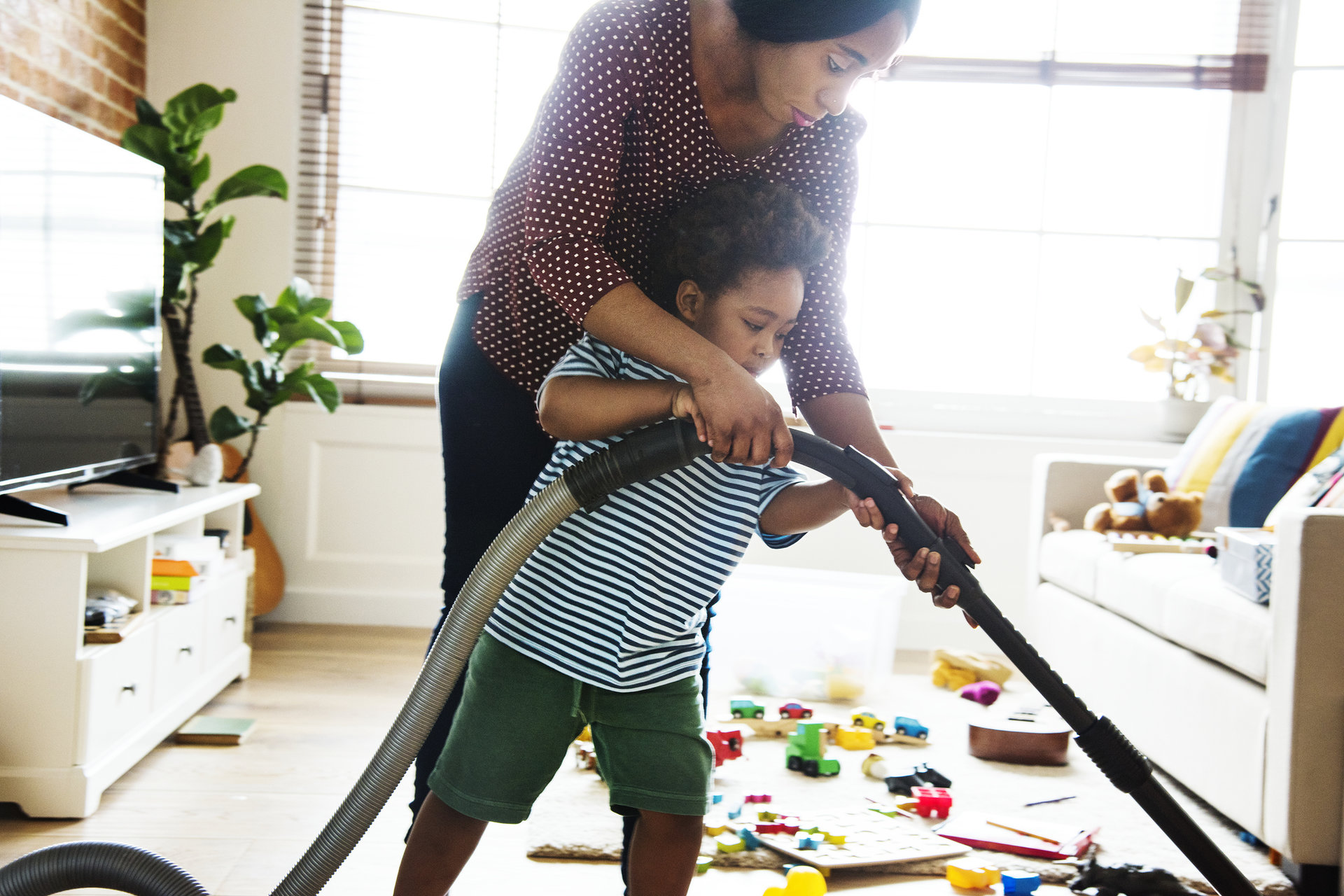 Should You Pay Your Kids for Chores?

Chances are, if you were a kid who grew up in the ‘70s or ‘80s, you received some sort of allowance precipitated by a laundry list of tasks (that may or may not have included actual laundry). But were the allowance practices of yore really the best way to go? Two parents face off.

Remember your grandpa’s old adage: If you want something, you need to earn it (or some variation on that theme). At the risk of sounding like an octogenarian, that’s something many kids these days don’t seem to understand. They want things. But things cost money. And to get money, you have to do stuff. Why not teach them the value of hard work as soon as they’re old enough to understand the concept?

I’m not talking basic household duties, like cleaning their rooms, clearing the table or putting their toys away—as part of the family team they should be doing those things anyway. But larger jobs, like raking leaves, washing windows or organizing the garage, are great opportunities for kids to pitch in and make some money in the process. Each chore can have a set price—the larger the job, the bigger the payout—and the child can choose which ones they want to do if they want to save up for, say, that mega-sized Lego set or trendy sweatshirt. You want something special and it’s not Christmas or your birthday?

You need to work for it.

This arrangement can be instead of, or in addition to, a basic, no-strings-attached allowance. Both strategies can be used to teach your child money-management; that is, the role of saving and budgeting for things, and the opportunity to bump up your income through hard work, if you are willing to go above and beyond what is generally expected. Being responsible and helpful is part of being part of a family. You don’t get paid to load the dishwasher, so why should they? But going that extra mile should be rewarded. (And if it means you don’t have to throw your back out shovelling, all the better.)

In our household I really try to emphasize that we’re a unit. That means everyone in the family should feel equally at home, but it also means that everyone should pitch in. When my husband or I take out the trash or set the table, nobody hands us a few toonies; likewise, when one of the kids takes on a household task, there shouldn’t be any sort of monetary payout.

I don’t want to ever send the message that money is why you help the family. We all contribute because it’s the right thing to do.

That doesn’t mean I’m against an allowance, per se. I think there’s a lot of value in allowance: My kids get a stipend to learn about saving and spending and giving to causes they care about. But as for the everyday chores of everyday life—those are the must-dos. Think of it this way: If unloading a dishwasher were a paid chore, what happens when your child doesn’t want or need that money? Can she opt out of that chore if she feels like it? You probably wouldn’t go for that, and then the connection between chores and money is broken. It’s a slippery slope when must-dos are treated as paid jobs.

Don’t imagine that my kids are always cooperative and happy about our arrangement. They aren’t. When they complain that they do chores “for free” when “everyone else” gets paid, I remind them that they don’t whine in other situations. At summer camp, for example, everyone in the cabin has designated chores and they don’t mind that. When their baseball coach says, “Clean up the equipment,” the whole team jumps into action, no questions asked. “That’s different,” they’ll say.

But for me it isn’t. I’m trying to show them that we are more than a family—we are a community. We are a team.

Before raining loonies and toonies on your kids, you need to decide which lesson you’re trying to impart when you give your child an allowance. Is it a lesson about teamwork and personal responsibility? Or that hard work is rewarded with financial gain?

Using an allowance as a teaching tool can support either of these lessons. However, allowances should serve the higher purpose of teaching children how to handle money responsibly. Studies have shown that there really isn’t much of a difference in the financial literacy of children whose allowances are tied to chores, and those who receive pocket money regardless of their contribution to the household.

It’s not how your children obtain money that will help them develop their money smarts – it’s how they handle the money when they’ve got the cash in their hot little hands that matters.

They need to learn good money management skills, including budgeting, saving and yes, spending. Their hands-on money practice should be taught in conjunction with age-appropriate discussions about the household finances and general money skills.

The more conversations you have with your kids about wants versus needs, used versus new, investing, price comparisons and other money topics, the more money smart they’ll be.

Unwrap a New Gadget Over the Holidays? Try Out These 6 Tech Tips and Tricks