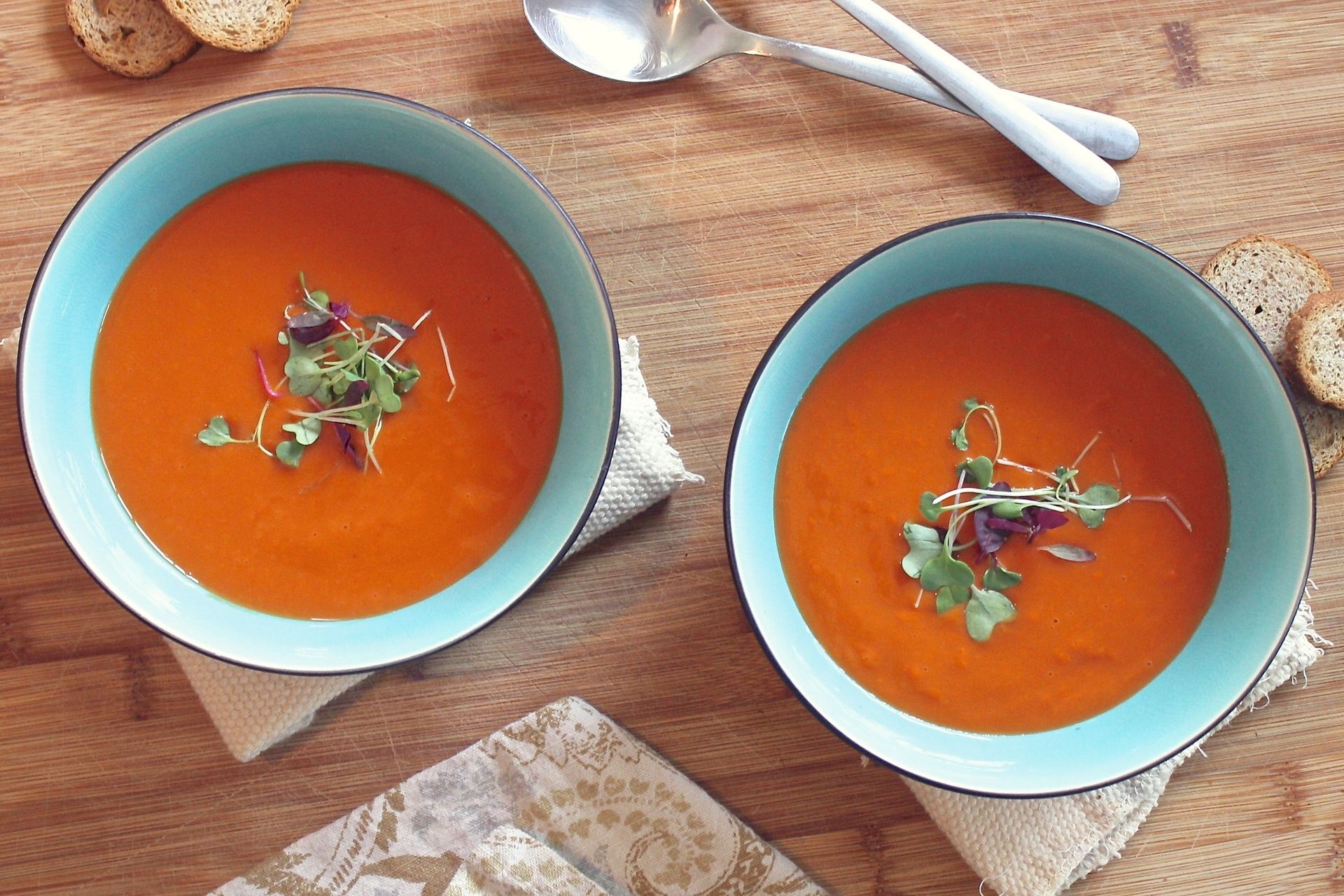 Nutrition: the health benefits of soup

Though the aroma of a pot of homemade soup simmering on the stove is always enticing, it can be intimidating for many cooks to prepare. But homemade soups need not eat up hours of kitchen time. In fact, they don’t even require much in the way of culinary know-how. There are plenty of shortcuts to get them on your table so your family can reap an assortment of health benefits.

Soups are an easy way to boost the vegetable intake of the picky eaters in your family. The less favoured choices can be diced into very small pieces along with favourites (or ones that are tolerated). Another option is to purée them into the soup. Some might argue that sneaking vegetables into a child’s menu is not the best approach. Consider, though, that a few manoeuvres such as this may pay off in expanding their vegetable repertoire. Research shows that regular exposure to certain foods can improve a person’s tolerance.

A recent Dutch study showed that when healthy toddlers were given vegetable soups containing endive and spinach twice a week over a seven-week period, there was a marked difference in the acceptance compared to those who didn’t undergo the soup exposure.

Some nutrients are better absorbed when a food has been heated rather than when eaten raw. Cooked carrots, for instance, yield more absorbable beta carotene – the orange pigment or carotenoid – than when eaten raw. It’s the same for lycopene, the red pigment responsible for the colour of tomatoes.

In addition, when you cook your vegetables and consume the cooking water, as you do with soup, you’re not spilling out the water-soluble vitamins as you might do otherwise. As a result, cooking kale, spinach or Swiss chard in a soup rather than steaming them in water increases the amount of the B vitamin folate.

Pennsylvania State University research involving young children demonstrated a number of health perks when large servings of vegetable soup were eaten at the start of the meal. Besides improving their vegetable intake, the study showed that having a large portion of a low-calorie vegetable soup led to fewer calories being eaten at that meal.

It’s an easy way to help youngsters tame large appetites. But for those with small appetites, too much of this kind of dish may be all they consume so keep an eye on their portions.

While soups used to be simmered for hours, with today’s convenient products it’s no longer a necessity. Take some time to explore the supermarket for products that you can either use as a base for your own creations or enjoy straight from the package/can/jar.

But be aware that these products can also supply a hefty dose of sodium. When choosing prepared broths and soups, read the label. According to labelling laws, “sodium reduced” means the product contains 25 percent less sodium compared to the original product. But if the original is brimming with sodium, the “sodium reduced” one could still supply a mighty wallop. Also, read the nutrition facts box and compare numbers and serving sizes, as they may vary.

Here are a few creative tips for soup in a flash:

Rosie Schwartz is a Toronto-based consulting dietitian in private practice and is author of The Enlightened Eater’s Whole Foods Guide (Viking Canada). Visit rosieschwartz.com for more on healthy eating.

42 Recipes to Make Your Holiday Meal the Best